I bought a bike yesterday.  A road bike.  I spent a lot of money.  I spent all of my Masters money…. in one store. <gasp> More money than I’ve ever spent at one time on any given thing that was specifically for me and nobody else.  I almost felt selfish. No, I did feel selfish. It was hard.  But, I did it. 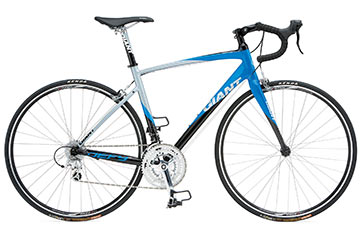 I’ve wanted a bike since the first year that I was married.  When first married, I met a guy, Evan Stein, who did triathlons.  He went overseas and loaned me his bike while he was gone.  I was hooked.  I still remember my first solo long ride.  I rode from New Bern, NC to Fort Macon State Park in Morehead City, NC.  It was about a forty five mile ride.  It was great.

Last year, I worked Masters with the intention of using my money to buy the fixings to build a shed for our yard for all of our outdoor “stuff.”  The check went into the account. And it was spent on a truck payment and groceries.  ouch.  Don’t get me wrong … those are important things.  And my husband works all the time to pay for things like this.  But, I worked nine straight days for 12 to 14 hours to earn that money.  It was a huge sacrifice for the family as I was only home to shower and sleep.  It was a difficult week.  It was spring break.  And the money was spent on things that would have gotten paid some other way had I NOT put my money into the account.

This year, I decided to go ahead and get my bike.

I’ve looked for a bike second hand for years and years.  I’ve looked much harder in the most recent two years, but have not been able to find a second hand bike that fits me.

So, I went to Andy Jordan’s and got fitted.  Andy tells me that he hasn’t seen this particular bike at this price in ten years.  It was priced at a great sale price.  With the money I saved, I was able to rig it with a few of the important things needed like a bike seat bag (which will hold a wind breaker in case of freezing cold rain like HERE!!!), rear light (for safety), a rear view mirror, speedometer/odometer and dog spray.

So, I’m very excited.  I hope to do a triathlon at Mistletoe State Park next month.  This bike should make a huge difference in the ride.