I had to have been somewhere in my teens, but I still remember the show.
It altered a common, daily habit … for life. 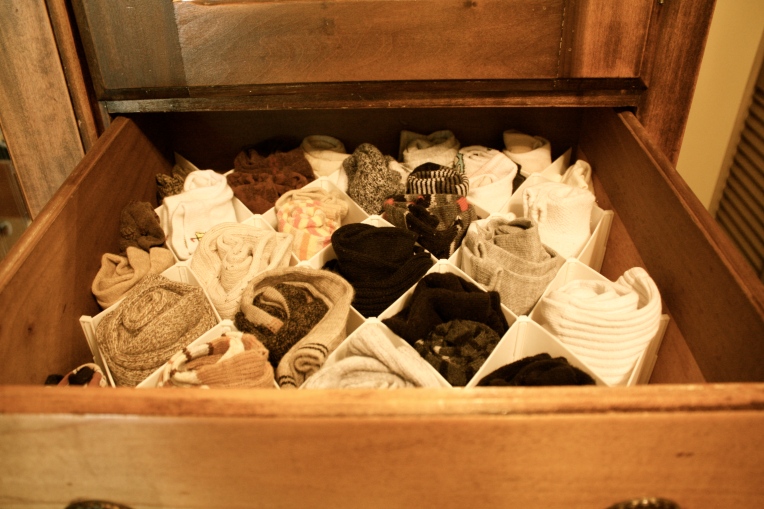 Have you ever given thought to putting on your socks and shoes?
How do you perform this task?

I’m going to take a guess:
You probably sit down with a pair of socks and a pair of shoes.
You put on a sock and a sock
and then
a shoe and a shoe.

I often do the same.
But, there are times when I will put on
a sock and a shoe on one foot
followed by the second sock and the second shoe
on the opposite foot.

This? …. Thanks to Archie Bunker.

It is amazing how greatly … and yet subtly … we can be influenced by things that are said and done around us.

I still remember watching All in the Family, a 70’s comic sitcom starring Carroll O’Connor as Archie Bunker. Wiki describes Archie in this way; “He is a very outspoken bigot, seemingly prejudiced against everyone who is not a U.S.-born, politically conservative, heterosexual White Anglo-Saxon Protestant male, and is dismissive of anyone not in agreement with his view of the world.”

This is a scene from an episode of All in the Family that is etched into my mind. Archie is talking to his son-in-law, Mike, whom he commonly refers to as “Meathead.”

Recently, I was dressing and thought back to Archie’s scene on the “right way”
to put on socks and shoes.

Before watching that television show, I am absolutely certain that I had never given a sliver of time’s worth of thought to HOW I put on my socks and shoes. But, after that two-minute scene, I made an ever-so-slight adjustment in how I dressed in the morn … and the change, to be honest, may very well have been rooted in the last line before Archie’s exit of the room:
“You can start doing it the right way tomorrow morning …
and do it that way for.the.rest.of.your.life.”
My “ANTI-Do-things-like-everyone-else” attitude will, at times,
be enough motivation for me to turn left
simply because everyone else is veering right.
I want to see a different perspective. I prefer to experience life in a way outside the norm.
I want to hear a different song and take an altered approach.
Maybe it is not so much that I want to BE different,
but that I want to OFFER a different view.
I can do that best when I am taking things in from a different perspective. 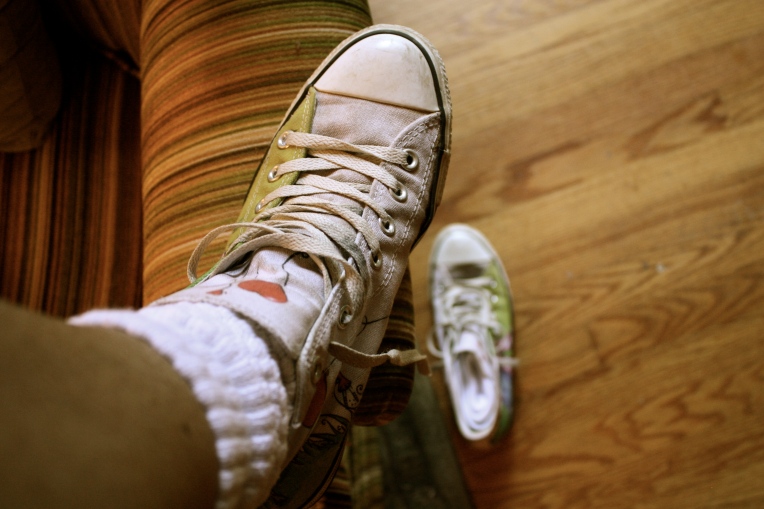 As I have remembered that episode from All in the Family …
as I have put my shoes on throughout the years ….
I have often thought about the great influence that we have on others.
A word, an interaction, a phrase, a statement …
can have a great impact on the lives of others.
I want to keep in mind both avenues of this movement –
I pine for my words, thoughts and actions to influence others in a way that is positive
while remembering to filter my own life’s experiences
through the sieve of scripture.

When I think of my own actions, I want them to influence others for good.
Yes, I may even over-analyze situations and intentions … but I yearn to think far ahead …
so that my energy is best used to influence others in a healing, edifying way.
If someone speaks to me, I do my best to discern whether there is truth in their content.
When I think of other’s actions, I question my interpretation in light of God’s word.
I choose to see the best in their intentions.

I love the New Living Translation’s interpretation of the verse Romans 12:2. It says,
Do not copy the behavior and customs of the world, but let God transform you into a new person by changing the way you think.

I so desire to think God’s thoughts and understand His perspective. I don’t want to live my life in the normal, average, customary American way. I know there is great freedom to be found in God. Christ provided it. His Spirit offers leading to it. His Word describes it. I yearn for it.

I pine to extend grace and mercy in ways that are uncommon,
to love in a way that is not average
and to have peace and patience that are not “normal.”
I want to live in a way that is different from the world,
and, in turn, offer a perspective that is also fresh, good and out-or-the-ordinary
from that of the world but rather, is rooted in love, grace and mercy.
With God’s help, I can do these things …
moment by moment
no matter which way is my habit to dress my feet.