I have only seen him dressed like this one time … the day these photos were taken.
He looks … professional … and official  …
like a preacher or a politician …
which are, in reality,  labels that he wears well.

But, when I think of Travis, I see him like this ….

He lives in Aiken, South Carolina which is about a thirty minute drive from Augusta. He moved to the area just over a year ago. He worked for the City of Aiken as an attendant at the skatepark that Joy loves. I participated in a bike event that began and ended at the park complex where he worked. Joy was there with her dad, so I went in to visit with her. That is the day that I met him. (I wrote a bit about that here)

Joy introduced me to him and we talked for a few minutes. Then I saw a book on the counter. It was about politics, religion and culture throughout the world. I asked him about it.
And our friendship began.
He’s a blogger and a thinker. He loves history and politics … and God. He’s not very good at math and has a terrible sense of direction. He uses words like lyrics and is, in fact, quite a poet. He asks questions. He listens to the answers. He loves to skateboard and has an adventurous heart. He loves people and he knows God has something exciting in his future.
And he’s my friend.

He comes over to Augusta fairly often for work. When he’s finished, we’ll grab an afternoon cup of coffee or a movie with Joy. We enjoyed most of Arts in the Heart and some of Westobou together.
And when there is silence … it’s not uncomfortable.

We are far enough apart in age (he’s James’ age) that there is safety. Neither of us has to worry that the other will misconstrue words or intentions. I know that I can be myself and he’s not going to think that I want any more than friendship.

And the best part?  He doesn’t mind my incessant questioning and constant observant pondering. He’s never told me that I “overanalyze!” How refreshing!

In fact, a recent text said… 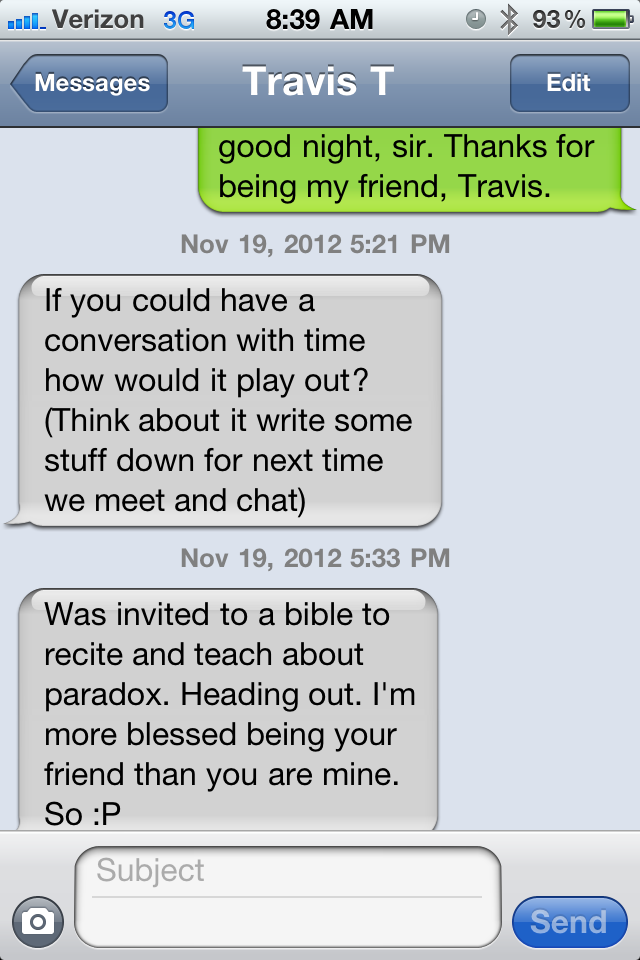 A conversation with time….. hmmmm…..
I love this guy!

And the reference to “Paradox” is about a poem that he wrote.
We have recorded it on video.
I’m working to edit the footage.
I hope to have it ready before he gets home in January.
I can’t wait to share it with you.

So, I share my friendship story with you
to ask you to pray for him.
Travis is on a mission trip right now.
He’s about half way through his month-long trip.
Would you join me in praying for strength, safety, health, focus and energy
for him and his group of travelers?
I haven’t been in touch with him
but my gut tells me that they need prayer.
Don’t get me wrong … I don’t think there is a problem,
I just know that being away from home, with a new schedule, new food and new surroundings
can be wearing after a while.
Please pray for endurance, enthusiasm and good health. 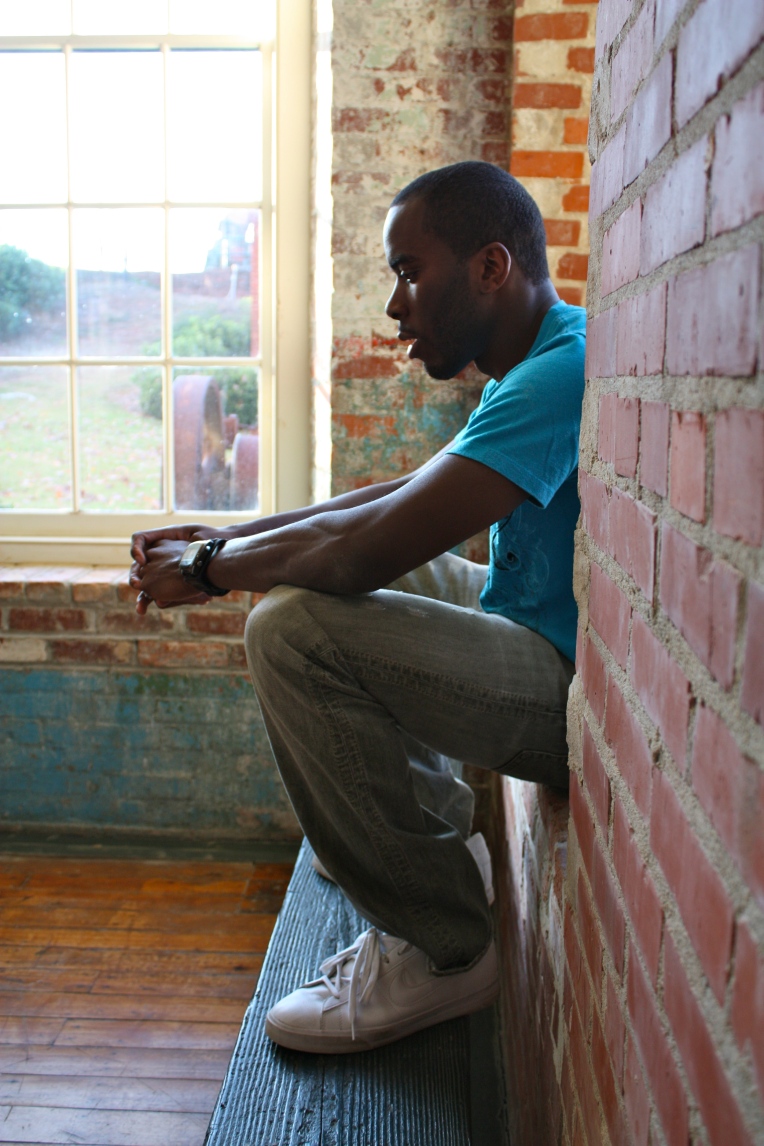 I am crazy, ridiculously blessed to have so many wonderful, rich friendships …
friendships that include this politician, preacher, poet.