During our extended dryer illness,
James realized that the dryer that I own and the one that he owns
are nearly the same make and model.
Since he is living at my house right now,
and his dryer had also been making a funny sound in his apartment before moving back home,
he began contemplating using parts from both machines to create a working single model.
He has never worked on a dryer before,
but decided to take a look at it.

And by “take a look at it,” I mean
he googled dryer schematics,
did some heavy research on forums
and began taking both dryers apart.
I’m pretty sure that he spends as much time doing research on a repair
as he does ON the repair, when he dives into the uncharted  territory of a new job.

He made major renovations inside my dryer.
His dryer had two heating coils, but the heat reflective pan wouldn’t work in my dryer.
So, he altered the pan in my dryer to accommodate both coils.
He had to switch out the blower on my dryer
but it vented in the opposite direction of the original.
This required major repositioning of the blower and the venting system.
These are only two of the problems that he explained to me
while the drum of my dryer sat in my kitchen
and I waited for him to finish the job
in his spare time (which is slim).

He got the dryer running.
It worked well …. for a few weeks
before something inside began to make noise again. 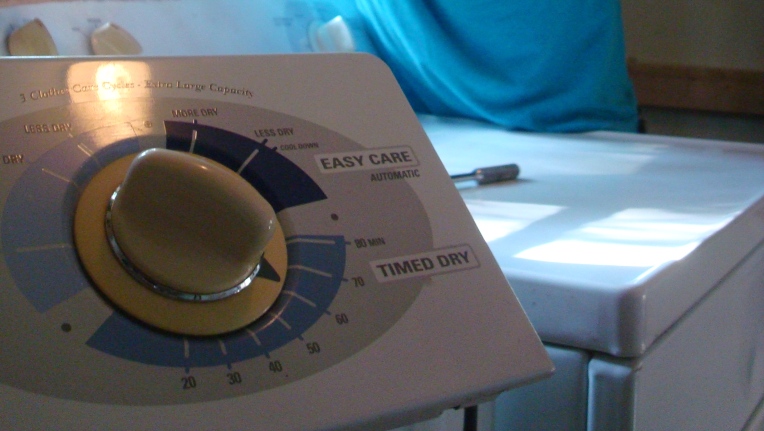 My memory is sketchy on some things, but I’m pretty.sure that my dryer was purchased new
around the time that Joy was born.
That would make my dryer around fourteen years old.
Considering that it worked hard for a family of five for at least ten of those years,
(with folks moving out and staying out … or moving out and back in during the last four)
it is no surprise that it has simply … tuckered out.
And James’ model was nearly the same age. 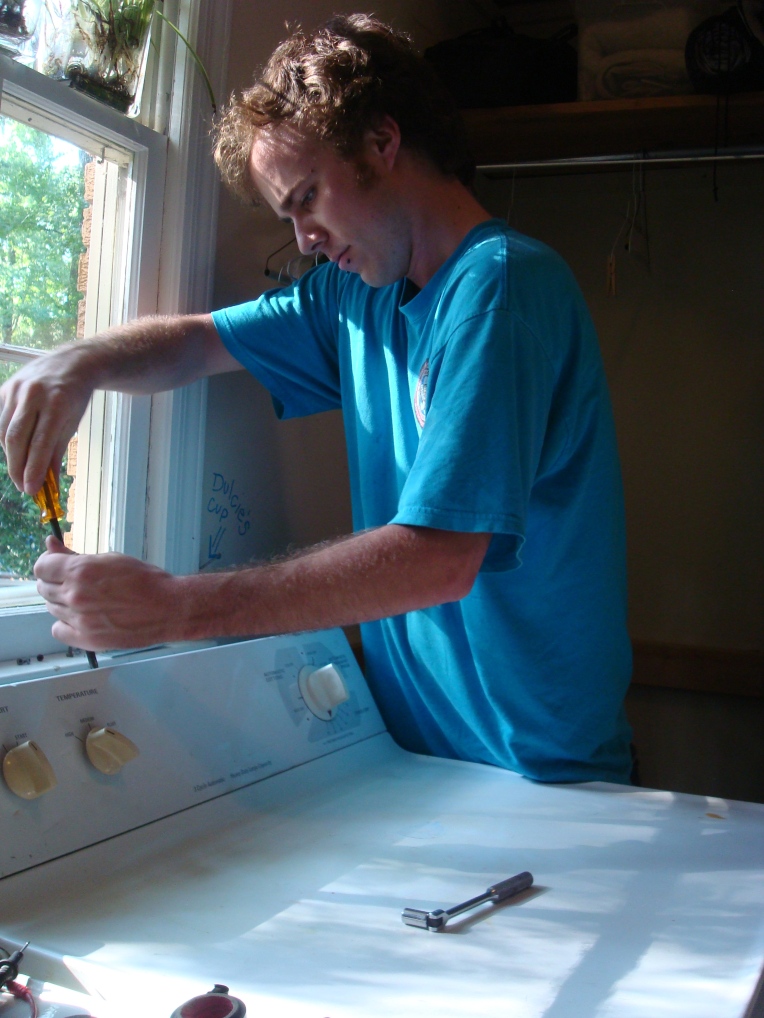 After James decided that the appliance was truly broken beyond repair,
a thought occurred to me.

James has no training in dryer repair, but he was willing to work to figure out how a dryer operates.
He did all the right things … as far as he could tell.
He looked up the schematics from the maker.
He read about problems and sounds and symptoms to isolate the problem(s).
He took time to seek wisdom from people with greater experience.
He asked questions and listened to answers.

But, he was using parts from two failing … worn …. broken appliances
to try to create a working model.

We … broken people …  do the same …  all the time.
We try to find ways to repair our broken hearts
through another broken person.
We search for the perfect person  who loves us
rather than the one we can best serve.
We date and  break up and date and break up. We search and hunt and watch for a soul mate.
We marry and divorce and remarry again .. and again.
We find ourselves bewildered because we think we have control and our actions should be enough.
Like on the dryer repair, we work, remove, replace, reposition, and redirect … to no avail.

In reality, there is only one way to create a beautifully operating instrument
from bits of broken … wounded … dated … and worn on this earth
and that is through God who knows our hearts and loves us anyway  ….
through Christ who redeems us and fills in our gaps … caulks our cracks …. and smooths the roughness …
through God’s Holy Spirit who fills us and walks with us … guiding and leading ….
strengthening weak places, shining light into dark corners ….

Our dryer is dead and gone. There is no plan for  James or I repairing it.
Our hope of fluffy, sweet clothes from that machine has been removed.
In fact, we put our home and our own lives in danger from trying to get THAT machine
to do something that it is no longer capable of doing.

But, there will always be hope  for you and I in the spiritual realm.
We live in a broken world … but our inner world need not be a shambles.
We cannot fix our broken hearts with another person … no matter how much they love us.
The only way to operate on this earth without completely falling apart  …
is through the power, energy and wholeness offered us through God alone.

One thought on “The Dryer Parable”